Stop Stretching Your IT Band

Stop stretching your IT band – its really not doing anything. 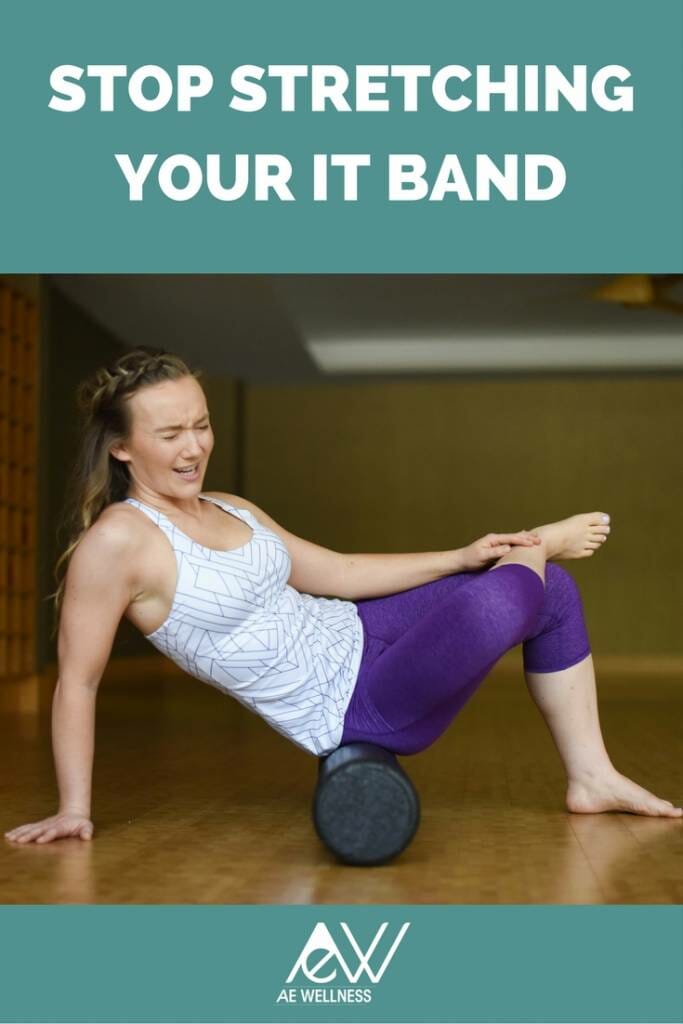 ITB syndrome is the general name for an irritation of the ITB that often happens where the tissue crosses over the outside of your knee.

If there is too much tension in the ITB and it is constantly rubbing on your lateral knee (where it should be pliable enough to have some give), it can get red, hot and irritated and cause intense pain.

I suffered from this in high school and can tell you first hand its no fun at all. I remember very vividly the treatment for this was to have a PT run her forearm down the outside of my thigh with as much pressure as I could tolerate, which was basically nothing. I really wish I had a better tool or solution then so I at least could have been in control of the intense pain!

Truly though, the ITB is just a continuation of the entire outside thigh and hip.

For example, Silver Lake is the name of a neighborhood in Los Angeles, but it’s not its own separate city with a functioning city council – it really is just part of LA. The same goes for your IT band – while it has its own name, its dragged in to the same messes of what’s above and below it.

The IT band gets blamed for a lot of stuff. Many people come to me complaining about “tight IT bands” and while I know that they are feeling tension in the IT band, the solution is not just to stretch the area until the cows come home.

Because the truth is that you can’t actually stretch the IT band.

In this study, they put cadavers into standard IT band stretching positions and measured how much length was created in the ITB. You’ve probably done a few of these yourself or had them done to you by a trainer or physio.

What they found was that if and when any change was created, it was at most a 0.25% change in length of the ITB. 0.25%!! You can’t stretch your IT band – and pulling on it or rolling it is probably just irritating the tissues.

So what should we do instead? We can improve the hydration and fluidity of the IT band over the outermost quadriceps muscle through friction and movement. If the IT band is freely able to glide and slide over the deeper structures it is connected to beneath, then perhaps your perception of IT band tension won’t be quite as intense.

But again, the IT band just a neighborhood. It is not operating independently of anything in the area and its tension is very likely to be the result of weakness in the buttocks.

Did you know that part of the gluteus maximus (the big booty muscle) inserts into the ITB? If your glutes are tight or weak, it is certainly going to have an effect on the ITB. In fact, many of my students who have weak glutes and buttock muscles also tend to have issues with their IT bands.

Don’t freak out now – I too used to roll up and down the outside of my thigh! But as we continue to learn and discover new things, all we can do is reevaluate what we know, and what I know now is that you cannot stretch your IT band.

So stop rolling from hip to knee, which is more of an irritant than a problem solver – and try this IT Band Roll Out instead.

Don’t overdo it! Just like any anything, too much of a good thing is still not a good thing. Keep this in rotation once a week at the most, and instead, work on perimeter structures above and below that may be contributing to this over tension in your IT band.

I know what I know today and tomorrow it may be completely different, but today I do know to stop stretching and rolling your IT band! 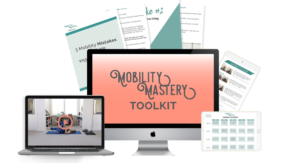 Check out my Mobility Mastery Toolkit and get your next 4 weeks of mobility planned out and totally done-for-you with a workout calendar and video playlist.

Plus, with your essential workday stretches and over 20 step-by-step video tutorials that are proven to help reduce tension in your lower back, neck, shoulders, feet, and hips – you’ll feel better than ever before.