Save Your Low Back in the Car

Cars and the freedom they provide us are a huge part of American culture. In many cities, including LA, public transportation is not a viable option to get you around the vast city. If you’re like me, you may be spending 10-13 hours a week in the car – and your low back may be paying the price. So, can you save your low back in the car with a simple self-care hack? Of course! 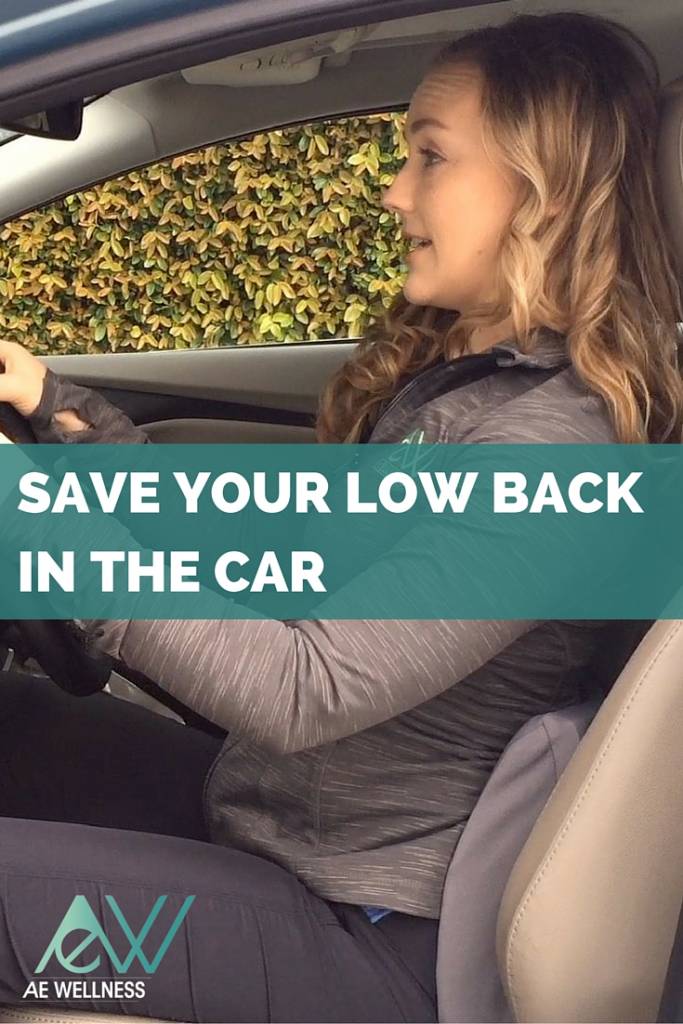 What’s the issue with car seats? The earliest model cars took their seat design from buggies – which typically had a bench like seat. The upside of this was that there was a lot of room to stuff whomever you needed to in the vehicle and it was a single part (as opposed to the multiple seats we have now). As European cars were imported into the US, the trend moved towards faster and sportier models, and the bench seat gave way to the bucket seat – the rounded seat you most commonly see today.

The bucket seats help to keep you seated as the car accelerates and unlike bench seats, have coverage and support all the way up to the head and neck (bench seats usually only go to about shoulder height. Great for support – but now you are stuffing yourself into the car manufacturer’s idea of what your posture is.

So what came first, the slouchy posture or the rounded bucket seat?

They probably happened about the same time, as bucket seats really increased in popularity in the states in the early 90’s – it is cheaper for the manufacturers and makes everyone (including me in my 2012 Ford Focus) feel a bit like a race car driver.

Here’s my issue with bucket seats – if you are trying to work on your posture, but ignoring it completely in the car, it is probably one contributing factor to why your issues aren’t resolving. For me, it was a recurring ache in the middle of my back that was caused from slouching in the car.

The fix is truly simple – a lumbar support that will help your ribs and pelvis to be more upright and stacked can alleviate a lot of the pressure of slouching. I purchased this back rest for $22 from Amazon last November and haven’t looked back!

Check out my video below for more: